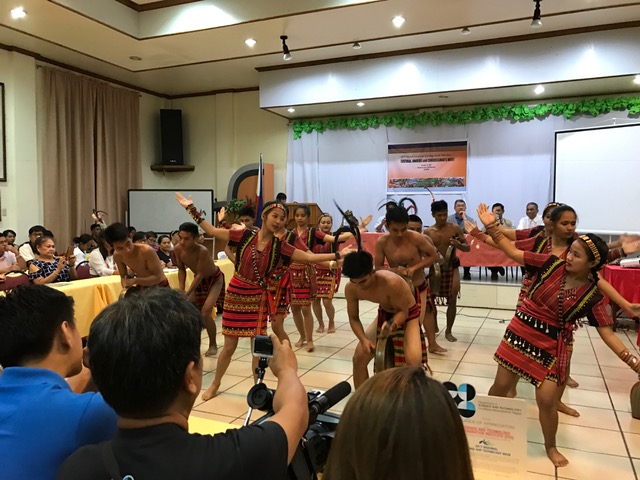 Cordillera, the land of strong preservation of culture. It was known for its beautiful mountainous land that has mineral reserves and the main source of peoples livelihood. Crop and vegetable production through slash and burn method of farming is the main livelihood of Cordillera people for the longest time. Years gone by, people learned how to cultivate their local product to organic bases. With this, the region have known to be one of the best cultivator of organic local products all over the Philippines. For them to be known, DOST CAR launched Regional Science and Technology Week every year. For the first time, the event this year was hosted and shone in the province of Kalinga.

DOST CAR Regional Science and Technology Week was held in PGLU Astrodome, Tabuk City, Kalinga. It was a week-long activity of the regional office to promote science for the people through series of talks, disaster preparedness drill and exhibit. Delegates from UP Phil-LiDAR 1 Program are Denise Ann-Marie Suarez and Aian Perucho from Training Component and Engr. Mark Pavia from Data Archiving and Distribution. Upon arrival of the delegates from Phil- LiDAR 1 Program last October 10, 2017, they went to PGLU Astrodome around 12 noon to set up the exhibit booth that will last until October 13. After the setup, delegates started to discuss with the students, teachers and local residents of Kalinga about the LiDAR Program.

On the 2nd day, Phil- LiDAR delegates continue to exhibit and discuss with the students who toured inside the astrodome. The Deployment of Early Warning Systems conducted a Disaster Summit: A Science experience for Cordillera school children held in Governor’s Hall. Ms. Perucho and Engr. Pavia participated briefly in that activity in the afternoon.

On the 3rd day of the event, Ms. Suarez participated in the IEC and the 2nd day of Disaster Summit for the local officials in the region. It was a whole day activity where DOST- PAGASA discussed disaster preparedness programs to the local DRRM officials and staffs as well as to some of barangay officials in the province of Kalinga.

On the 4th day, delegates of Phil-LiDAR participated in the flood drill held in Tabuk City Hall and Dagupan Weste conducted by DEWS in cooperation with the local government. The delegates assigned in Operation and Command Center inside Tabuk City Hall around 9:00am until 10:30am. They observed in the process of early warning systems in times of disaster. From 11:00am up to 1:00pm, delegates went to Dagupan Weste to observe how flood drill was and evacuation process went through. Then, DOST- PAGASA called for an evaluation to assess the strengths and rooms for improvement of the said drill. Ms. Suarez of Phil-LiDAR gave a suggestive commentary in the possible addition in the process of disaster preparations. She reiterated to her comment about the importance and relevance of flood hazard maps that can be downloaded in the website of Phil-LiDAR 1 Program. 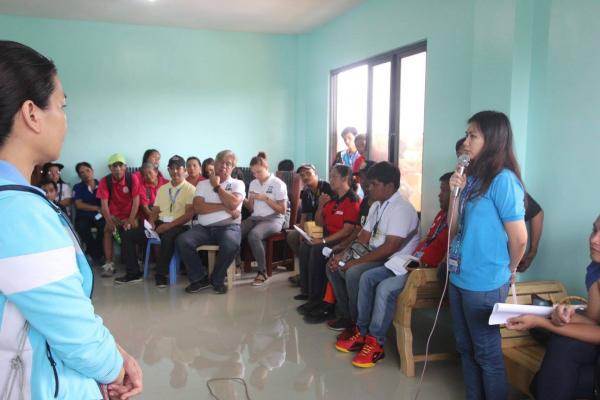 Ms. Suarez of Phil- LiDAR talks about the importance of flood hazard maps for every LGUs in preparation for disaster prevention

After the drill, the delegates alongside with DOST CAR officials went to the inauguration and blessing of the new building of DOST CAR Regional Office at Tabuk City where DOST Secretary Fortunato Dela Pena was one of the main speaker and visitor. Right after, they were back to the Astrodome and discussed the importance of LiDAR sensor with the senior high school and college students of Kalinga State University. Also that day, the LiDAR team did the egress of exhibit and preparing for the Cultural Activity and Congressman’s Night held in Davidson Hotel where they were invited by DOST CAR.