The UP PHIL-LiDAR 1 Program concluded the first Visayas Cluster Conference in Tagbilaran, Bohol on July 14-15, 2016 with collaborative efforts with the University of San Carlos. The event took place in two venues, at Bohol DOST Region 7 on day 1 and at Metrocenter Hotel on day 2. On day 1, it was attended by Visayas partner SUCs/HEIs such as University of San Carlos, University of the Philippines- Cebu, and Visayas State University.  Stakeholders from the Visayas region primarily Bohol and Cebu attended as well such as Cebu PDRRM and Bohol PDRRM who enthusiastically shared their best practices on risk reduction management in their towns. LGUs of Inabanga and Antequera both in Bohol were present as well and elated to have received the flood hazard maps during the turnover ceremony which was one of the highlights of the event.

Dir. Edilberto Paradela of DOST Region 7 graced the event during the opening - congratulating the team's efforts especially in Leyte that experiences frequent flooding. Paradela stated that LiDAR is a useful information tool supported by Disaster Early Warning Systems (DEWS) of DOST. One of the keynote speakers were Dir. Efren B. Carreon of NEDA Region 7 who himself is an advocate of the information technology, an information user, supports the tool that it should go down to the local level - encouraging LiDAR team to present to one of the conferences of local planners. Dr. Enrico Paringit of UP Diliman PHIL-LiDAR 1 also spoke as one of the keynote speakers - stating that the LiDAR is a comprehensive set of information tool ensuring LGUs to be equipped in use of the information. He also shared that the use of such technology will (1) develop sufficiency in disaster and (2) understanding people's/communities' risks/hazards.

The purpose of the event was to collaboratively gather updates with Visayas partner SUCs/HEIs, be reminded of the deliverables of the team, as well as to get publications from reputable journals, not just the paper conferences according to Dr. Roland Otadoy, project leader of PHIL-LiDAR 1 University of San Carlos.

On day 2, a closed-door meeting with partner SUCs/HEI with DOST-PCIEERD for the updates and deliverables were done at the Metrocenter Hotel. In the afternoon, the team had the privilege to visit two water dams in the municipality of Sevilla and Loboc. Some ruined churches during the earthquake in 2013 were also visited as part of the excursion. 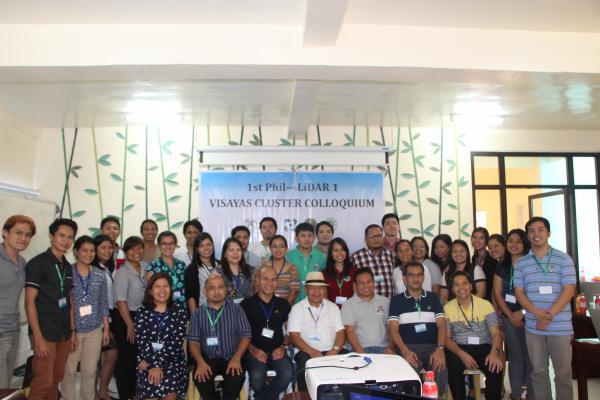 Delegates pose outside the BOHECO Dam in the municipality of Sevilla 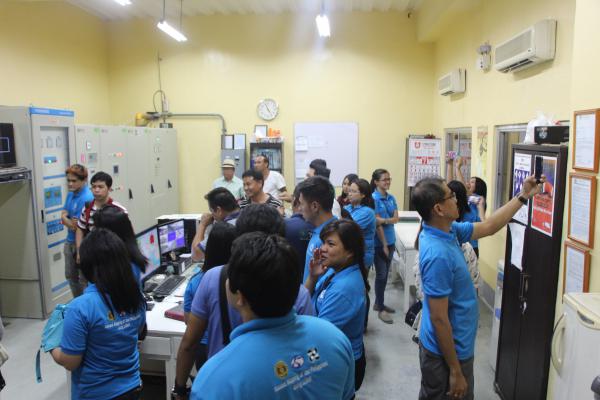