The University of the Philippines Cebu Phil-LiDAR Project turned over flood hazard and natural resource maps to Western Visayas LGUs in a two-day event held at the UP Visayas Auditorium, Iloilo City, having more than 100 LGU delegates in attendance.

The UP Diliman Phil-LiDAR 1 Program was represented in the event by the following: The Program began with an opening prayer at around 9:30 am, followed by the entrance of colors and the Philippine National Anthem. The Lead Coordinator, Ms. Terai Alicaba, then welcomed all the LGU delegates who were present, and recognized the Mayors in attendance, especially Balasan, Iloilo Mayor Manuel Ganzon (also representing the League of Municipalities of the Philippines). 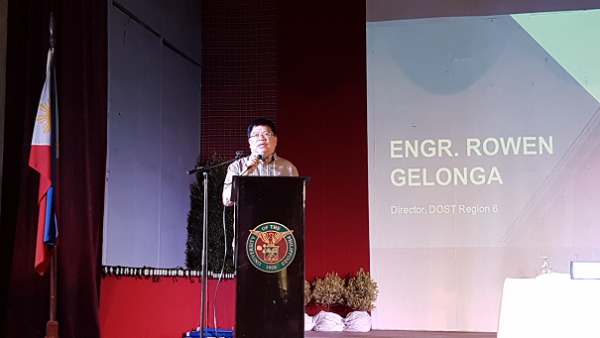 At around 9:45 am, Dr. Raul Olaguer, the Vice-Chancellor for Administration of the University of the Philippines – Visayas, delivered the welcome address. He acknowledged the presence of the LGUs in attendance—Western Visayas and Negros Occidental, including Mayor Ganzon, DOST Region VI representatives, UP Visayas and UP Cebu representatives, and the whole UP system. He gave a brief description of LiDAR technology used by the Phil-LiDAR 1 and 2 programs, including its applications and outputs, such as flood hazard maps for disaster risk reduction and climate change adaptation and resource maps for crop production, irrigation assessment, aquaculture production, forest protection, and discovery of renewable energy resources. 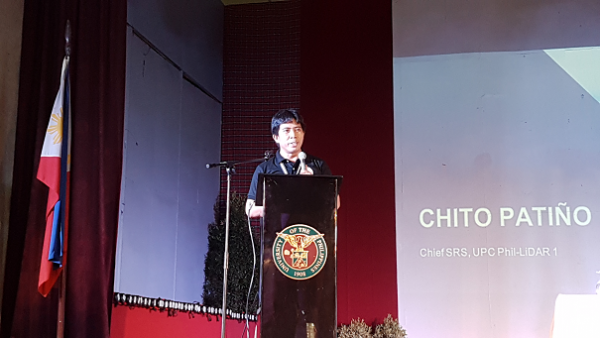 He further elaborated on the role of UP Cebu in delivering the LiDAR products, including the importance of the event’s mapping forum, End User License Agreement (EULA) discussion, and the actual turnover of the maps. Flood hazard maps from Phil-LiDAR 1 covering 22 river basins and resource maps from Phil-LiDAR 2 covering six (6) provinces totaling 475 maps are set to be distributed in the event, with 10 flood hazard maps and 38 resource maps to be turned over to Iloilo.  UPV and UPC have been collaborating on solar data collection since April 2016. Dr. Olaguer stated that they will be thankful should UP Cebu turn over the sensors to UP Visayas by the end of the project. 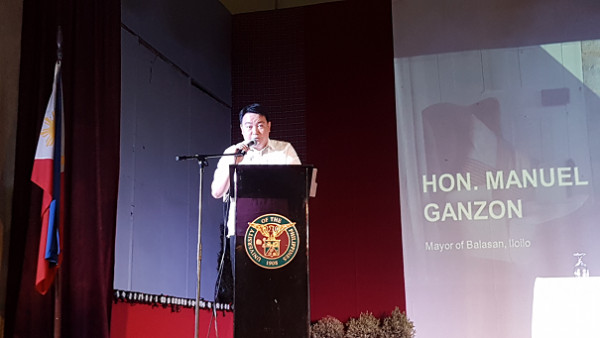 For the opening remarks, Engr. Rowen Gelonga, Regional Director of the Department of Science and Technology Region VI, emphasized the need to become better prepared in the area of disaster risk reduction and management. He remarked that the Flood Hazard maps would be the basis of the Disaster Plans for Western Visayas including the Negros Island Region. He also highlighted the need to study LiDAR maps of our renewable energy resources to open opportunities to improve quality of life. 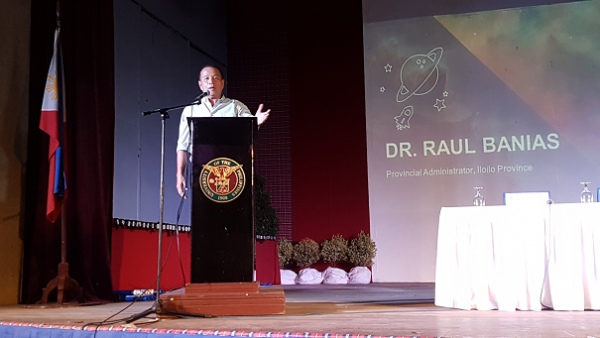 He acknowledged our nation’s scientists, especially those from UP Diliman, who made everything possible and were very influential in promoting this Filipino talent. The Phil-LiDAR Program is something that we did using our local scientists, our local researchers. He hoped that this will lead to more discoveries, in using our LiDAR maps. Engr. Gelonga narrated that the journey started with Phil-LiDAR 1, using high-resolution maps using LiDAR Technology, which led to Phil-LiDAR 2 that focused on resource assessment also using LiDAR technology. However, research projects come to a close, and we now move on to the new phase of the project—technology application. He stated that this is an indication that from now on, DOST, the UP System, and other stakeholders, are focused on technology transfer. We are now moving on to the technology transfer of all the research and knowledge of universities involved in the Program. In addtition, the Regional Director mentioned that there is no SUC in Western Visayas that handles NIR. Thus, Region VI would need to coordinate with UP Diliman and UP Cebu to build competencies. He announced that UP Visayas would like to continue with this project in partnership with UP Diliman and UP Cebu. Engr. Gelonga proceeded to also welcome everyone. He believes that the science-based LiDAR maps will have a bigger audience in the future and the Philippines will continue to be the leader in LiDAR technology in the Southeast Asian region. At around 10:00am Mr. Chito Patino, Chief Science Research Specialist (CSRS) of the UP Cebu Phil-LiDAR 1 Project provided the rationale of the event. His talk centered on what we can do with LiDAR data. He recounted that what started out as a hazard-mapping initiative led to other new projects. He informed the plenary that the solidarity night is to forge bonds with other LGUs, especially as progress can be potentially achieved with future collaborations. 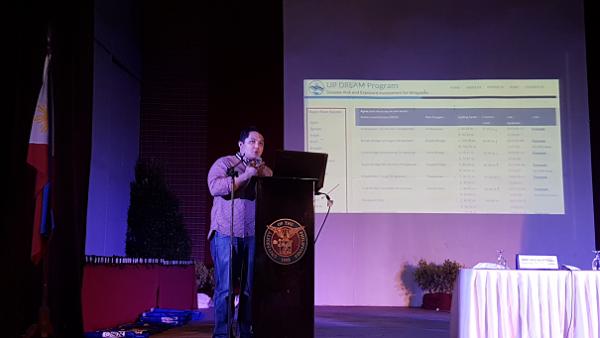 He then went on to tell that “UP Cebu aims to have more LiDAR data utilization and explore possibilities with other State Universities and Colleges (SUCs) of Western Visayas. After three (3) years, UP Cebu will be finishing the Phil-LiDAR 1 Project, and they would like to express their gratitude to the LGUs present who have given all out support to UP Cebu’s activities. UP Cebu would be distributing the different hazard and resource maps of the region – agricultural, coastal, hydrologic, renewable, and forest resources. UP Cebu would like to thank UP Visayas Iloilo Campus as well for their collaboration with UP Cebu in this event.” Mr. Patino ended on the note that the challenge of climate change is in its potential danger to people. In a world full of hazards, we need to make action plans [with the use of LiDAR maps]. 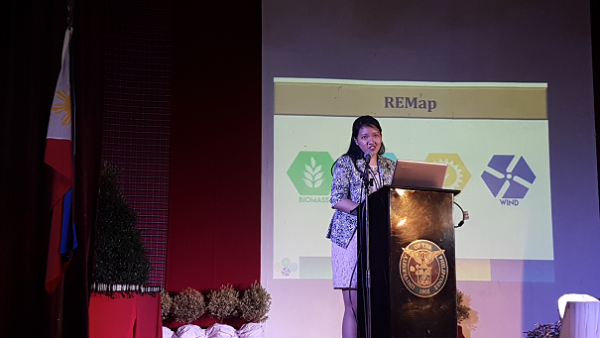 One of the Solidarity Messages was given by Mayor Manuel Ganzon of Balasan, Iloilo at 10:10am. He stated that it was after Typhoon Yolanda that their LGU and other municipalities focused on disaster risk reduction. He stressed that they wanted zero casualty if possible and minimum damage to property. However, the worsening hazards are now the new normal. The LGUs, with limited assistance, need the help and technical expertise of the academe to be able to address hazards. In behalf of the Local Chief Executives (LCEs), he thanked UP Cebu and other institutions instrumental in producing LiDAR data for their help and joint efforts in different projects. 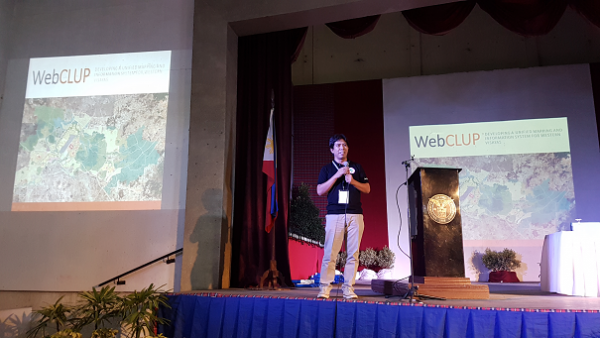 Dr. Raul Banias, Provincial Administrator of Iloilo Province, began his Solidarity Message @ 10:15am. He informed the plenary that the Governor of Iloilo met with the DENR Secretary and talked about the flood hazard and resource maps, produced by the Phil-LiDAR 1 and 2 Program. The previous speakers have described very well how these tools must be used for resiliency programs, such as building more than 1,000 houses for the victims of Typhoon Haiyan. 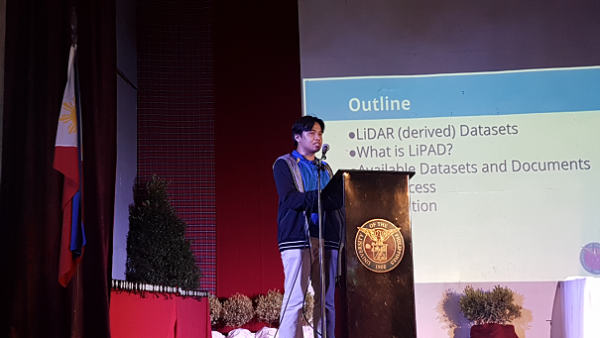 The problem is in choosing the correct area, because some of the chosen areas are flood prone. The municipalities are now updating their land use plans and these LiDAR maps are useful tools. Dr. Banias deeply thanked the UP LiDAR system and the local governments. He emphasized that LGUs must not put these LiDAR data aside but use it in the center of land use planning. Dr. Banias’ solidarity message was followed by Prof. Judith Silapan’s presentation of Phil-LiDAR 1 & 2 outputs. 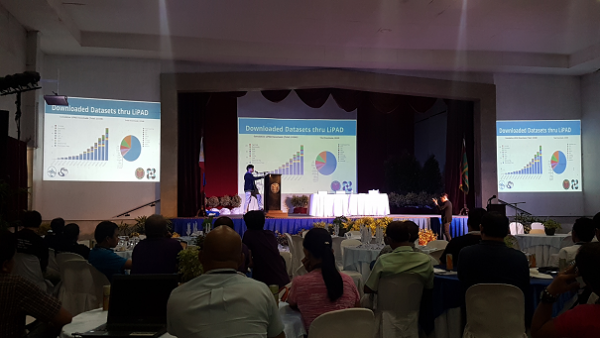 Mr. Salanio on the demography of LiDAR data usage 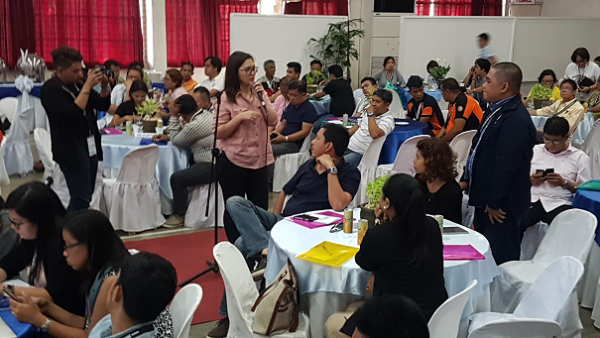 LGU Representatives at the Maps Application Seminar, UP Visayas Auditorium 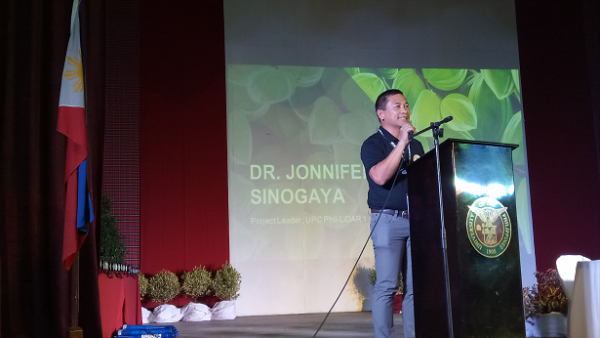 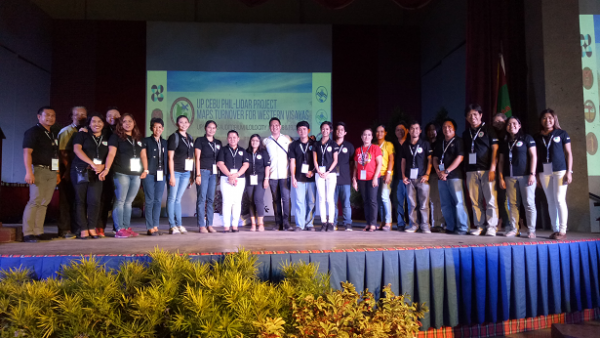 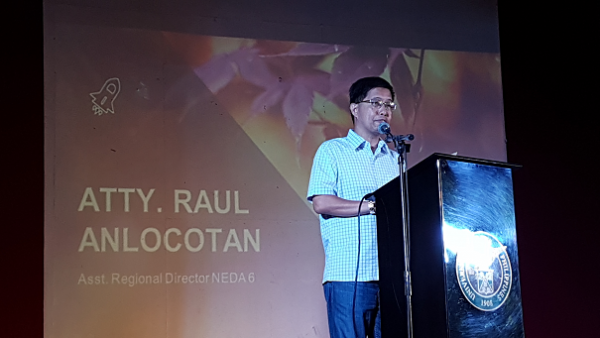 The recipients of flood hazard and resource maps are the following: 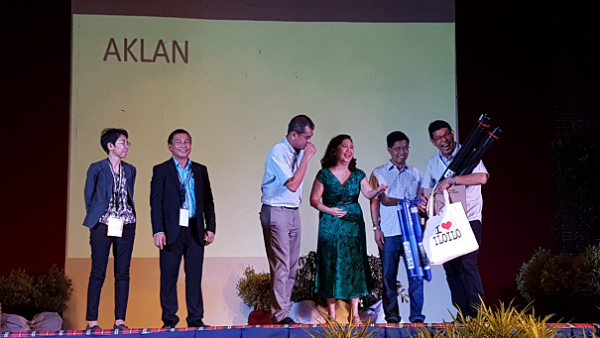 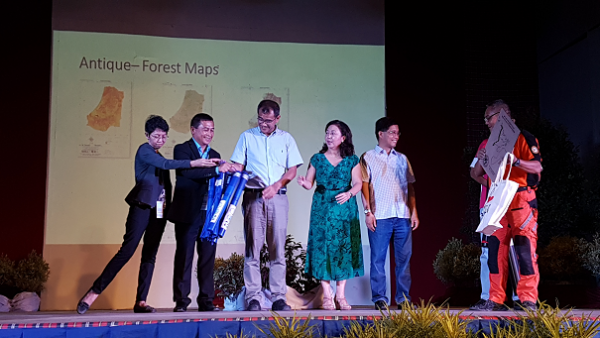 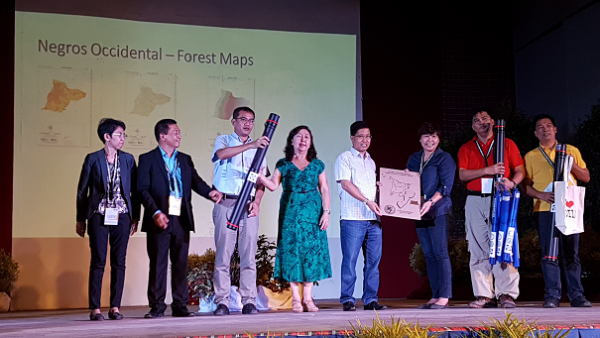 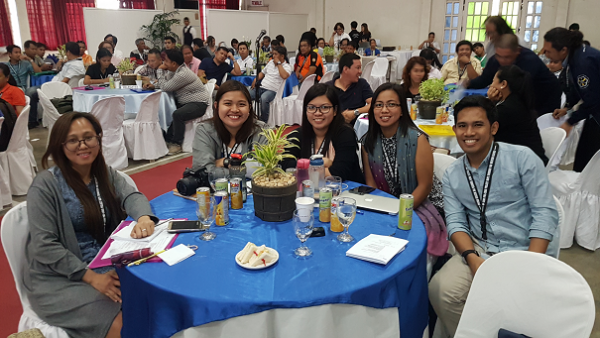 Prof. Judith Silapan delivered the closing remarks after the maps turnover and awarding of recognition to DOST-PCIEERD, DOST Region VI, the UP System, UP Visayas, the Provincial Planning and Development Office of Iloilo, the Provincial Environment Management Office of Negros Occidental, and League of Municipalities of the Philippines Iloilo Chapter. The guests of honor with UP Cebu Phil-LiDAR Project Led by Dr. Sinogaya (seated, 2nd from right) and Prof. Silapan (seated, far left) with DOST-PCIEERD and DOST VI

The afternoon of DAY 2 was dedicated to the 4th Visayas Cluster Conference which was held at the Training Room of the Graduate and Continuing Education Building (GCEB) of UP Visayas. The objective of the conference is to check on the progress of activities, seek comments and feedback on the data transferred from each other and review of remaining deliverables.

Phil-LiDAR Project Leaders from Visayas State University, UP Cebu, and University of San Carlos have gathered with UP Diliman Phil-LiDAR 1 Delegates for the 4th Visayas Cluster Conference

Dr. Sinogaya presenting the updates of UP Cebu Phil-LiDAR Project to the panel 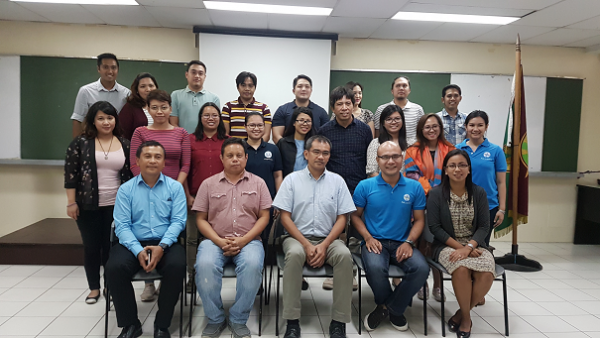 Tags: Iloilo, UP Cebu, UP Visayas, Western Visayas, May 2017