On May 8, 2014, DOST Secretary Mario Montejo and Dr. Enrico C. Paringit received the said award in Geneva, Switzerland. DREAM is one of the nine components of the Nationawide Operational Assessment for Hazards (Project NOAH), which is the state-of-the-art flood and storm surge early warning system developed by Filipino scientists and engineers under the aegis of DOST and implemented by the University of the Philippines.

In the Geospatial Media website, the said geospatial magazine “has been conferring the awards and recognition for exemplary innovations and practices in the global geospatial industry.”

According to Dr. Paringit, “the award goes to show that the international community acknowledges our local capability-building efforts to attain self-sufficiency when it comes to dealing with natural hazards and disasters.”

Together with House Resolution No. 1118 on the DREAM Program’s 2014 Geospatial Award, the Congress also adopted House Resolution (HR) Nos. 953, 967, 1016, and 1090 in the same committee hearing. HR No. 953 encourages young Filipino inventors to continue bringing into being innovative products and ideas providing incentives, HR No. 967 commends a renowned plant taxonomist and ethno-botanist, the late Leonardo L. Co for his invaluable contribution to the conservation of Philippine biodiversity, HR No. 1016 commends Team Sikat II for placing third in the 2013 World Solar Challenge (WSC) Adventure Class, while HR No. 1090 creates a congressional oversight committee on science and technology, and engineering. 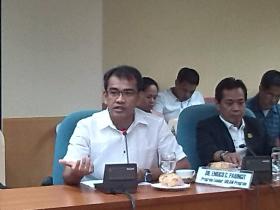